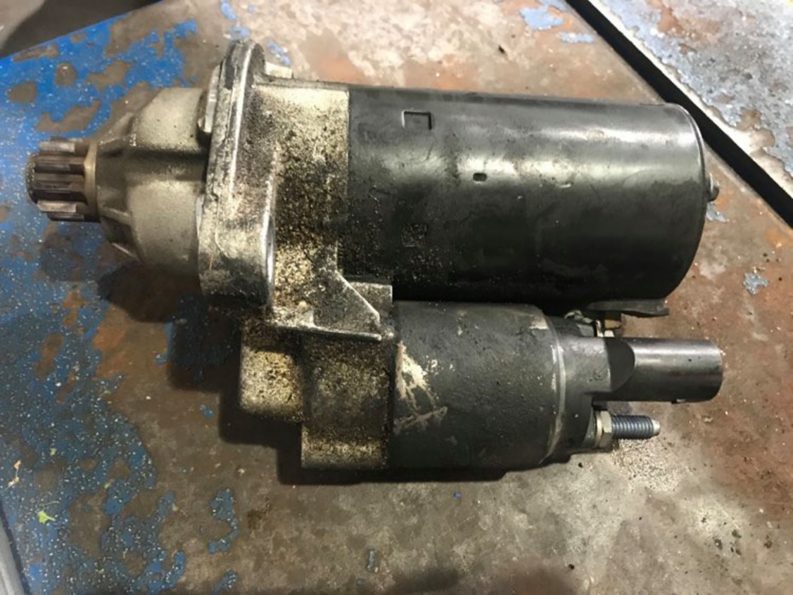 A couple of months ago, I stopped by a gas station while I was on my way to work. When I restarted my Volkswagen Beetle, the engine didn’t turn over.

(Ironically, this was the same gas station I was at when my check engine light started flashing in November.)

All of the dashboard lights did come on.

Since my battery had been replaced within the past few years, and I hadn’t left any lights on or electronics plugged in, I ruled out the battery. I called HomeTowne Auto Repair & Tire and spoke with them about the issue.

The General Manager offered to drive down to the gas station, which is in Fredericksburg, and help. A friend of mine who lives closer came by and jumped my car.

After she arrived, we attempted to jump start my car multiple times and were unsuccessful.

I spoke to the General Manager again who gave some suggestions. He asked me to try jump starting my car again. The first attempt — nothing. The second time — nothing. The third — my car came back to life.

I brought my car by HomeTowne Auto Repair and learned that I needed a new starter, which is responsible for starting the engine.

The starter has a gear — called a bindix — that starts the flywheel by shooting out and spinning quickly.

A clicking sound is one of the signs that it’s going bad.

Sometimes, a starter will stop working without showing any symptoms.

If you’re in the same boat I was in, your best bet is to keep trying to jump start your car and check the battery.

If you turn it over three or four times, your starter may have a flat spot and get started one time. After that, it shouldn’t be trusted.

If it still won’t start after you’ve tried jumping it, you will probably need to have it towed to a mechanic.