This is just one of the experiences we’ve had working on a used car.

Our customer had just bought a 2013 Jeep Wrangler off a used car lot at a dealership. It had cool lights and just looked nice, beefy and fun to drive.

They brought it to us after they started hearing a growling noise when driving. After checking out the vehicle, the technician found out that it was the rear differential. After a couple of other checks, we decided it was time to replace it.

How we addressed problems on the Jeep Wrangler

The new rear differential came in and was installed. During the test drive, the transmission would go into limp mode — which basically means that it won’t shift gears.

We spoke to the customer about this issue and they told us, “Oh yeah, it happened to us a few times after we got it. We’ve only had it two weeks.”

A transmission control module came in and was programmed. We experienced the same problem while test driving, but now we had good communication.

Why you should get a used car checked

To make a long story short, we also needed to replace the transmission and reprogram the PCM back to the correct programming. This time, when we took it for a test drive, everything worked great — just like it’s supposed to.

The differential having a much lower gear ratio in the back, driving in two wheel drive helped mask the problem. Once they started having problems and couldn’t resolve them, they most likely traded it in to give their problems to someone else.

So, if you’re wondering what the moral of the story is: When you’re buying a Jeep that has been fixed up, without an accurate history of its past, you should expect to run into some problems. Maybe not as extensive as this one, but with all the aftermarket parts (we’re not saying they’re bad parts), you may not know what has been installed on the Jeep correctly or incorrectly.

It’s definitely a good idea to get it looked over very well by a mechanic at an auto repair shop. If it’s lifted or highly modified, you may also want to go to a second shop that specializes in Jeep performance and have those components looked at.

When you’ve got a hole, nail or tear in your tire, there’s a possibility it can be repaired.

One of our General Service Technicians from HomeTowne Auto Repair & Tire has some tips on how to determine if your tire is repairable – or not.

The first thing we do is a tread depth gauge of the outer, middle, and inner of the tire, to see if the tire is 4/32nds across. Then we check the tire for bad dry rot, cracks, splitting, bubbles, bulges and any objects stuck in the tire. It’s important to take the tire off of the vehicle when inspecting it, because you can’t tell the condition of the tire on the inside until you check.

So, when is a tire repairable?

When is a tire not repairable?

Each tire and situation is different, but at HomeTowne Auto Repair & Tire we’re happy to take a look at your tires, and see if they’re eligible for our free flat repair. 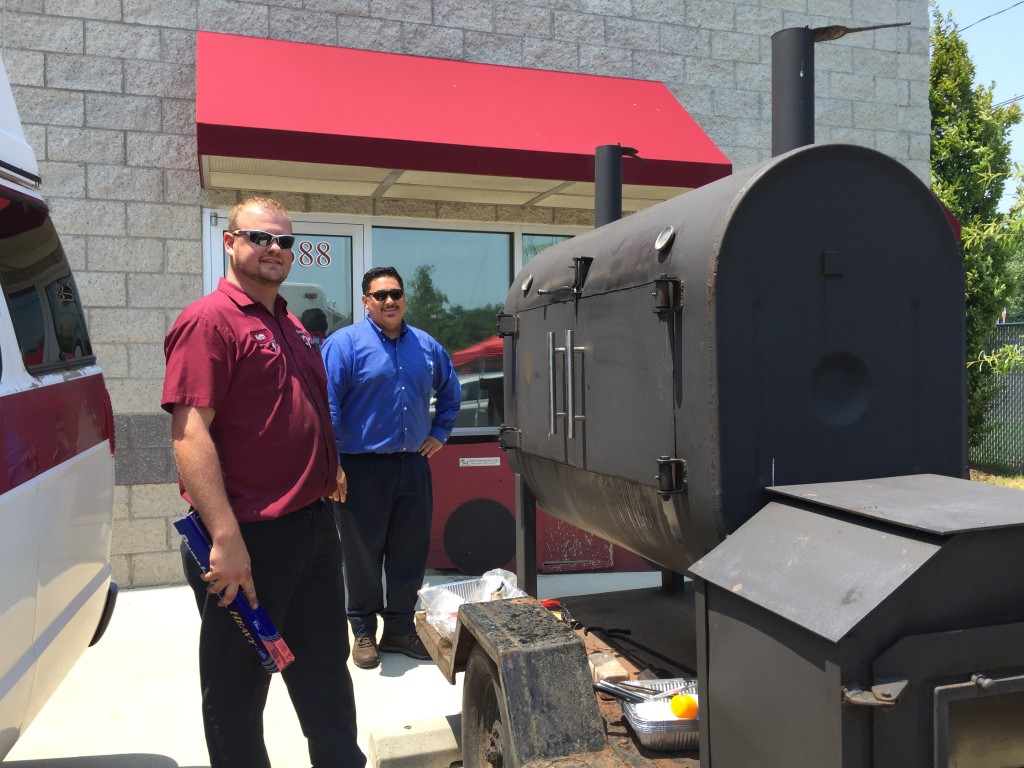 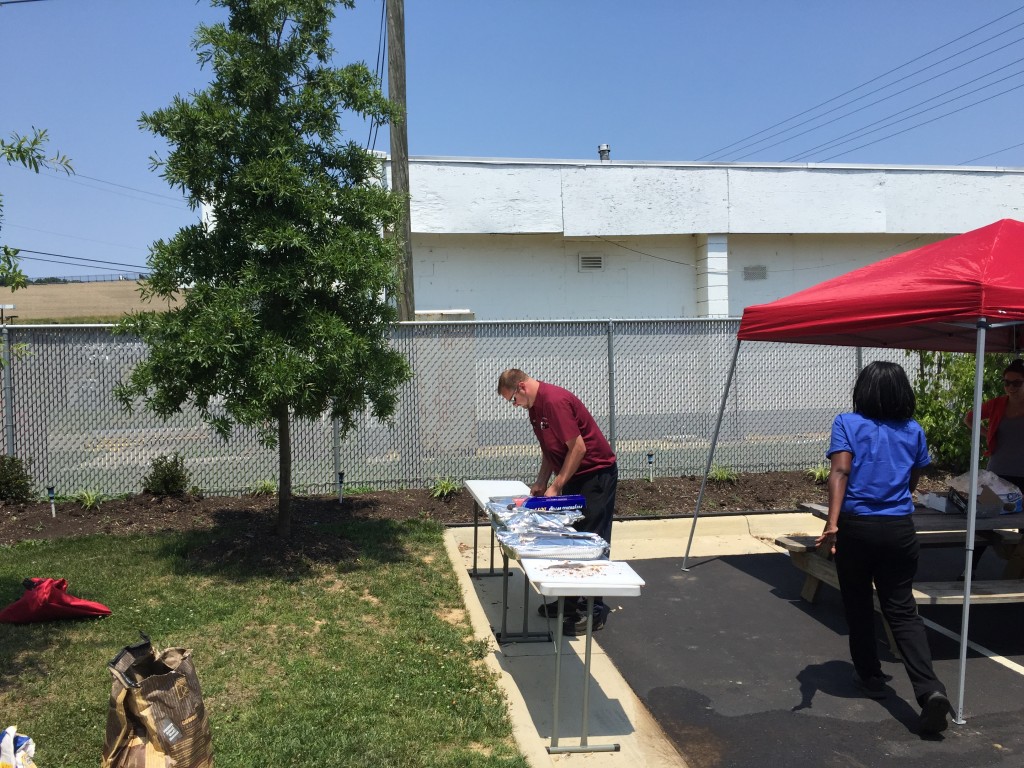 HomeTowne Auto Repair & Tire employees enjoy fun in the sun, and some BBQ

HomeTowne Auto Repair & Tire employees enjoyed some time out in the summer sun at a BBQ cookout this week.

Automotive Technician Keith Clausson was the day’s chef, using a smoker he made himself, to cook ribs, pulled pork, meatloaf, bacon-covered meatballs and much more for the shop.

We love when our employees share their many talents – especially when that means there’s a nice, steaming plate of BBQ.

Have you been in our waiting room lately? We’ve made some upgrades, to make it an inviting and relaxing space for our customers.

We’ve added to our children’s area, installing a chalkboard, and adding new sets of coloring books and crayons, to make it a fun space for your children to play while visiting with us. We’ve also added a new children’s table and chairs to the waiting room kid’s corner.

We have also made some updates to our family friendly bathroom. We’ve added a baby changing station in the bathroom, to make it easier for moms and dads when they come in for service with us.

And if you’re thirsty while you’re here, we’ve got you covered. At HomeTowne Auto Repair & Tire we have a fully stocked customer convenience snack bar, full of coffee, tea, soda, water, and chips.

Why do we offer all of these amenities? Because it helps us to stand out, and we care about our customers.

“It makes us a little different from your normal shop. We offer this to all of our customers, whether you’re here for a free flat repair, or major work,” said HomeTowne’s shop manager Rich Campbell.

Need service done on your vehicle, but have a busy life that won’t stop for car repairs? We’ve got you covered. We provide a free shuttle service to all of our customers when waiting isn’t convenient, and we can get you to where you need to go, while our technicians are working on your vehicle.