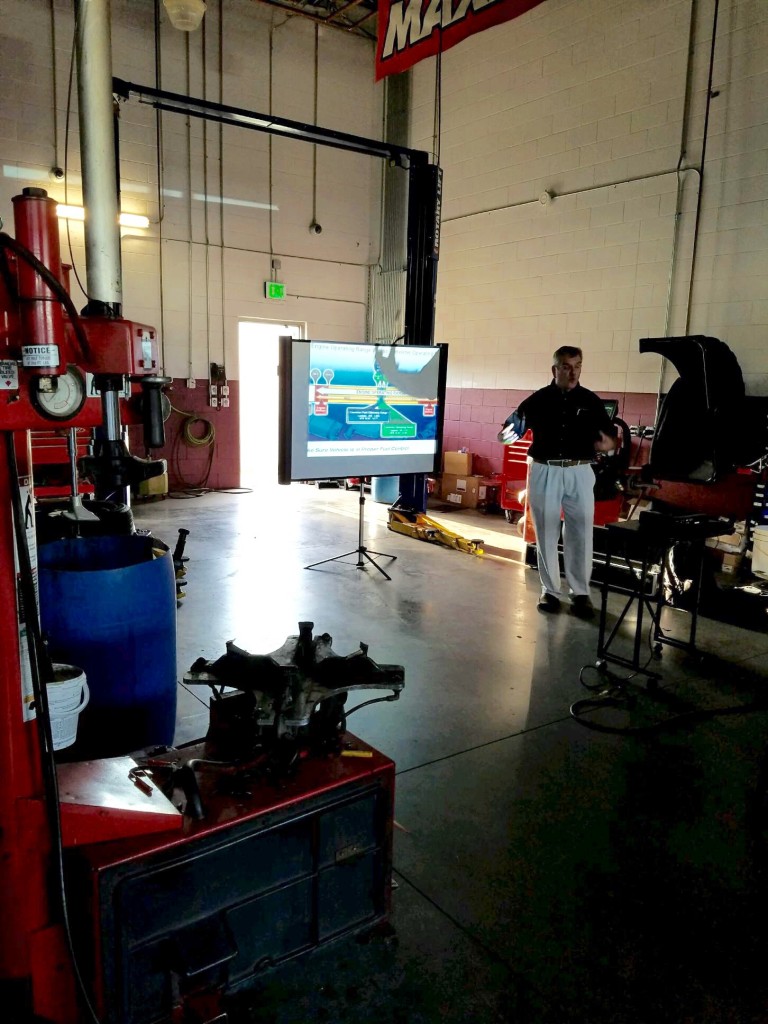 At HomeTowne Auto Repair & Tire we recently hosted an employee training with a Tenneco rep about catalytic converters, shocks and struts, and other aftermarket vehicle parts.

Tenneco is the world’s largest manufacturer of aftermarket vehicle parts.

During the training, our technicians and service writers learned some interesting facts that will help them to better diagnose and understand vehicle issues.

“We learned that 95% of the catalytic converters that are sent back – that are claimed to be not working, or malfunctioning, are actually found to be still working as designed. And that’s typically because there’s another issue that has caused the readings to indicate that the catalytic converter has gone bad – usually a misfire, or a component in the engine that is not performing like it’s supposed to. Typically people will replace the catalytic converter because they’re not trained or skilled enough to know there’s an issue that’s further up in the engine assembly that actually causes the damage to the converter,” said HomeTowne General Manager Rich Campbell. 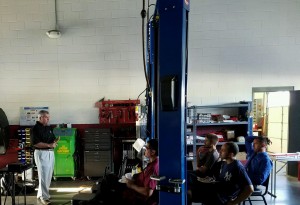 A major upside of having technicians and staff specially trained on these parts is that we can potentially save our customers money. By knowing to check for things like misfires, and related problems in the engine assembly, we can potentially avoid having to replace your vehicle’s catalytic converter, which xan be a costly repair.

One reason why we’re proud to use parts made by Tenneco and their subsidiaries, is that they often the same warranty as the OEM parts already on your vehicle.

“The original equipment catalytic converter that you buy at a Toyota dealership, or a Lexus dealership, is no different, and carries basically the same warranties as the aftermarket. However, Tenneco differentiates itself and adds 125% of the precious metals the original equipment came with, therefore giving you a better, longer lasting aftermarket replacement converter,” said Campbell.