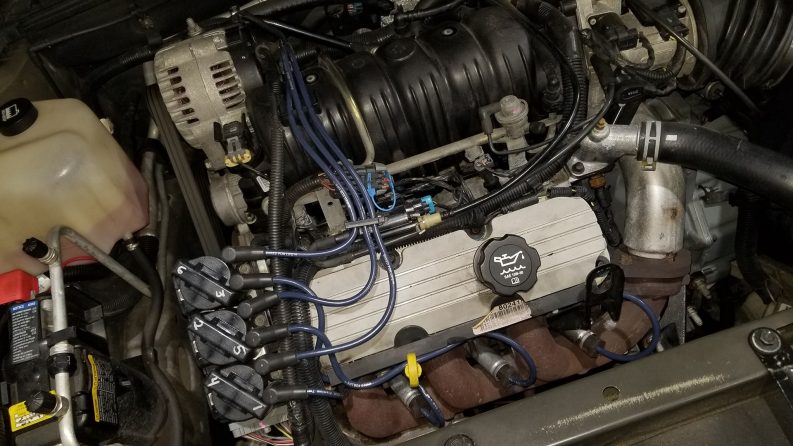 Your vehicle can have an electrical problem for many reasons.

When it comes to the alternator, we will typically see a lack of power. However, the opposite occurred with a Ford van.

A customer brought the vehicle to HomeTowne Auto Repair, because it was overcharging while they were on a trip. All of a sudden it started charging over 18 volts, and it had to do with the rectifier bridge inside of the alternator. Something went wrong and it got fried somehow, causing it to overcharge while they were driving.

You really don’t want it to do that, because you can start having other electrical problems. For example, too much power can start melting wires.

So an electrical problem with the alternator isn’t limited to undercharging, it could be overcharging. Most of the time, it is undercharging. You should see at least 12.8 volts when the vehicle is at idle and there isn’t much of an electrical load. The ideal range is up to 14 or 14.8 volts.

The alternator is responsible for powering the lights, fans, the radio, the DVD player and other accessories. So, your vehicle’s alternator will work to compensate for that electrical load while also making sure that the car battery is charged up – but not overcharged.

A lot of the newer vehicles have LED lights that don’t take a lot of power. Fortunately, the computers are really good now and will warn you early if they are seeing things that are out of the parameters.

For some of the older cars that are using incandescent lights and regular wiring, if you start to see dimming at a stop light, flickering, or intermittent starting issues, that’s definitely the time to get your vehicle checked.

Other indicators of an alternator going bad – aside from electronics not working the way they should – include a burning rubber or electrical smell and growling, whirring or grinding sounds.

For our standard electrical test, we want to test the battery and ensure that the starter is working correctly. We also look at the charging system to confirm that everything is functioning, there isn’t too much electrical noise, and the diodes aren’t bad.

It’s also important to check on the car battery, which can last about 5 years. It may be able to go longer, depending on the manufacturer, how well it’s made, and how much abuse it takes. You would be surprised by how many batteries die in the summertime. Most people believe they fail in the winter, but they go bad in the heat a lot.

Checking on the battery connections is a good idea, as well. Them being loose or having too much corrosion can lead to problems with the alternator and starting problems. So, it may not be that a part has failed – like the alternator or starter – it could be as simple as a battery cable or corrosion on them.

We like to use the BG protection pads, which prevents the battery acid from coming up and causing corrosion buildup on the terminals.More information about battery problems and battery maintenance can be found in this article we published.